Microsoft's new take on desktop-as-a-service is more than just a cloud-based version of Windows. It also allows the company to offer up ersatz hardware — virtual machines running on a vast cloud of Azure servers. 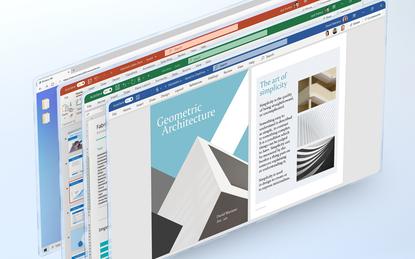 Microsoft last week introduced Windows 365, a new service that lets the vendor cut partners out of the money-making loop by providing virtual PCs to customers.

Rather than provide only the operating system or the OS and bits of other software — notably productivity applications in the form of Office — Microsoft will soon also serve up ersatz hardware, virtual machines running on its vast cloud of Azure servers.

Dubbed "desktop as a service" (DaaS, in keeping with other, similar acronyms) by some, Microsoft's tagged its offering as "Cloud PC" as in "Windows 365 is your PC in the cloud."

"Just like applications were brought to the cloud with SaaS, we are now bringing the operating system to the cloud, providing organisations with greater flexibility and a secure way to empower their workforce to be more productive and connected, regardless of location," said Microsoft CEO Satya Nadella in a statement.

While DaaS in general, and Windows 365 specifically, has the potential to dramatically change how computing takes place in commercial settings, there's nothing inevitable about it. Many will object to ceding the privacy of a local box to the servers of, in this case, Microsoft, for example.

And Microsoft, already active in PC manufacturing with its Surface line — originally touted as examples for OEMs, something that's been discarded as a talking point — puts itself into further conflict with hardware partners with Windows 365. When the desktop is streamed, what purpose does a high-powered laptop-on-the-lap serve? Will OEMs be relegated to making cheap Chromebook-like machines that need only run a browser?

Windows 365 is really a developing story, as Microsoft has promised to elaborate as the early-August launch nears. But we've assembled a first-pass set of questions and answers.

At its simplest, it's a virtualisation service that provides a Windows desktop and first- and third-party applications to users with both PC and non-PC hardware.

Maybe it's better to think of it as a streaming service. Rather than stream movies and TV shows, it streams the output of a Windows 10-, or when it's available, a Windows 11-powered PC. The controller is the keyboard, touchscreen, mouse, even the microphone of whatever device is in front of the user.

It's also the latest incarnation of the thin computing model, which harks to the beginnings of digital computing when the computer was massive and cost multi-millions — and endpoints were unintelligent terminals. Like that model, Windows 365 runs the virtual desktop on servers at a distance; the data is transferred over the Internet rather than an organisation's network.

When will Windows 365 launch?

Microsoft says to expect Windows 365 on August 2. That's for business. It's likely that Microsoft will offer the service to consumers and very small shops — sole proprietorships, say — at some point. But that's not going to happen right out of the gate.

How much will Windows 365 cost?

We don't know because that's one of the details Microsoft withheld. Here's what we do know: Microsoft will charge a flat monthly rate per user, rather than basing the cost on the amount of activity, as in the amount of Azure resources consumed.

Microsoft listed a dozen possible virtual machine configurations, from the most basic (2 cores, 4GB of memory and 64GB of storage) to the more advanced (8 cores, 32GB RAM and 512GB of storage space). It will almost certainly price these configurations from low to high.

Although Microsoft listed 12 configurations, it collected them into just 5 groups. It's possible, then, that there may be as few as 5 different price points for Windows 365 licenses.

One pricing hint came from The Verge's Tom Warren, who spotted a US$31 per user per month cost for the 2-core, 4GB memory and 128GB storage option. That would be US$372 annually. Ouch.

So we continue to pay for, say, Microsoft 365 E3 licenses and for Windows 365? Isn't that double billing?

No, though it's easy to see it that way.

The Microsoft 365 license gives you the right to use the included software, among that collection Windows 10 (and down the road, Windows 11). The Windows 365 license pays for the virtual PC Microsoft's built, and Microsoft maintains on its servers that run the operating system you paid for.

Part of the problem, as we see it, is Microsoft's damn-the-torpedoes belief that everything possible should be stuck with the 365 suffix. Office first, then Microsoft, and now Windows. Sheeze. There's going to be endless confusion among these terms, notably Microsoft 365 and Windows 365, since to many, Windows = Microsoft and vice versa.

What are the requirements for running Windows 365?

While their number is not legion, they are many. Conveniently, they break down into two categories: Licensing and Other.

What are the licensing requirements?

Remember, you asked for this.

We need to know the other non-licensing requirements, too. What are they?

Again, from Microsoft's mouth, they are:

Nope. Microsoft made it clear that where 10 goes, so will follow Windows 11.

It's safe to assume that Windows 10-powered "Cloud PCs" — Microsoft's name for the virtualised desktops — will be supported through the end of the operating system's lifecycle, which has been set as October 2025. It's also a gimme that organisations will be able to run both 10- and 11-powered virtual PCs in their environments simultaneously.

Good question. Microsoft certainly could, since the "devices" are on their servers. And for some instances, say if or when Microsoft opens this concept to owners of Windows 10 Home/Windows 11 Home, maybe that's how it'll work.

But while Computerworld couldn't find any clear evidence once way or another, our suspicion is that customers will continue to be responsible for updating upkeep. And that's as it should be. There's no easier way to get IT to squawk than to take control of an org's technology out of its hands.

The clues lie in the frequent reference to Microsoft's tools for managing physical systems and how they will serve the same roles for cloud PCs. "IT can easily procure, deploy and manage Cloud PCs for their organisation just as they manage physical PCs through Microsoft Endpoint Manager," the company promised in its statement about the program.

Not surprising, Microsoft's own cloud computing platform, Azure. Specifically, Azure Virtual Desktop (it was known as Windows Virtual Desktop until June), which can be used to create Windows virtual machines on Redmond's servers, then stream those desktops to PC and non-PC devices.

Windows 365, Microsoft repeatedly said, is essentially an automated Azure Virtual Desktop, in that the former handled all the scut work of creating and assigning the virtual machines, slapped an analytics package on the result and offered a one-stop dashboard for admins.

Elsewhere, Microsoft characterised Windows 365 as a way for admins unfamiliar with virtualisation (or hesitant to learn) to call on Azure Virtual Desktop.

On what devices can we run these virtual desktops?

Microsoft hasn't issued a declarative list, but in its many musings on Windows 365 it's mentioned everything from Windows 10- and 11-powered PCs, Macs (including, one has to assume, those with Apple's native silicon) and Linux machines to iPhones, iPads and Android devices. Presumably, Chromebooks will be in there somewhere, too.

Any device able to run a web browser should be able to act as a Windows 365 endpoint; in-browser is one of the two ways to stream a desktop. The other? Through Microsoft Remote Desktop already extant for the likes of iOS and Android.

What kind of Internet connection will we need for Windows 365?

Microsoft's not been specific.

What it did say was purposefully vague. "If you can stream a movie, you have enough bandwidth for a great experience," Scott Manchester, director of program management for Windows 365, said in a video posted by Microsoft Wednesday. (Manchester was the very public face for Windows 365's debut.)

At what resolution would be our first question. And how irritating will it be to see your PC put up the maddening buffering icon when your connection's speed isn't sufficient?

Here's hoping that Microsoft gets specific before or at the August 2 launch.