Technology changes culture, and culture is reflected in language. As mobile and consumer technologies alter our lives, new coinages bubble up in the social networks to capture and express how people live.

Here are 10 new words you need to know in order to describe the culture of Silicon Valley, and the wider cultural changes the valley is bringing into existence (in alphabetical order -- and no, that's not a Google reference):

You've heard the overused neologism unicorn, which describes a startup with a valuation above $1 billion. The idea was that such highly valued startups were so rare that seeing one was as rare as a unicorn sighting. Now there are herds of unicorns roaming Silicon Valley. At last count, there were 131 in the tech industry. In fact, startups have become so valuable that there are now some that are worth more than $10 billion. These are called "decicorns."

If you see a decicorn (also spelled decacorn), be careful. They're extremely dangerous -- at least, if you're an investor.

The advertising industry is always looking for new places to advertise products. Novelty gains the public's attention, and attention is the coin of the realm in advertising.

With the rise (literally) of quadcopters -- a.k.a. drones -- I guess it was inevitable that some genius would realize that flying a drone around with a sign on it would be a great idea. And so "dronevertising" was born.

New ad agencies are even emerging to capitalize on the possibilities of dronevertising, including a Philadelphia-based firm called DroneCast and a Russian company called Hungry Boys.

OK, this word has a bizarre and unlikely origin. Actor Jackie Chan made a shampoo commercial in 2004 for a product called Bawang. In that commercial, Chan was describing how soft and shiny the shampoo makes his hair, and he blurted out that your hair goes "duang!" (It rhymes with "wrong.")

Fast-forward to February of this year, when some Internet jokers created a viral video based on the commercial, which emphasized the neologism duang.

The meme sparked a craze of "duang!" use on Chinese social networks, and the phenomenon is so huge that it's spilling out of the country and around the world.

The best part is that duang has no agreed-upon meaning. It's comparable to the English words like ka-blam or boom, but it can also be used to express something extreme -- almost like the word dang. As in: "I'm feeling so duang good today!" No, I'm not kidding.

The buying of airline tickets long ago moved from travel agencies to websites. And as part of that transition, a host of new sites cropped up for finding the best deals.

Cheapskate travelers, including me, learned that fares change over time, while airlines try to optimize their revenue through dynamic pricing. The idea behind dynamic pricing is to reel in suckers with a high initial ticket price, but lower the price as the departure date draws near. As the plane fills up and seats become scarce, they jack up the prices again as demand outstrips limited supply.

The art of striking at the ideal moment is called farecasting, a portmanteau combining fare and forecasting, coined by the startup Farecast, which was acquired by Microsoft in 2008 and which Microsoft terminated last year. The company is dead, but the word is in ascendance.

In the world of high-tech startups, there are startup incubators and startup accelerators.

A startup incubator provides management support and office space and other business resources for new companies trying to get off the ground. AngelPad is the biggest incubator in Silicon Valley.

An accelerator has a tighter, shorter-term focus. The idea is to rapidly build a business in a few months, if not weeks, so that the company can succeed or crash quickly without too great of a loss. Accelerators offer mentorship for developing ideas and business plans, and provide an infusion of cash and employees, so that the company can function on its own quickly -- or fail fast. Y Combinator is the top accelerator in the valley.

The new word inculator is, of course, a portmanteau of incubator and accelerator. An inculator is an accelerator that takes more time to develop ideas and build a business. They're accelerators such as Nine Plus, whose services aren't nearly as accelerated as they might because they feel entrepreneurs need more mentoring time -- typically about nine months.

This word was apparently coined by Wordnik founder Erin McKean. Wordnik is a dictionary for words that aren't in the dictionary. Her vision is to make all words "lookupable," even if they haven't yet been accepted by the major dictionaries, such as the New Oxford American Dictionary, which McKean edited for two decades.

The rude practice of paying attention to a phone during a face-to-face conversation with someone is called "phubbing," a portmanteau of phone and snubbing.

This can involve looking at or responding to an incoming message -- or to the "art" of maintaining a conversation without taking one's eyes off one's phone.

Using Twitter instead of doing whatever you're supposed to be doing is "procrastatweeting." It's good form to use it as a hashtag: #ProcrastaTweeting.

A "quinquagintacorn" is a startup worth $50 billion or more. The only startup to achieve quinquagintacorn status is Uber, which completed a funding round in July that valued the company at around $51 billion -- which is why such a startup is also called an "ubercorn."

A "unicorpse" is a dead unicorn - a startup that gains a valuation of more than $1 billion, then declines and fails before going public. This hasn't happened yet, but some say that Evernote might become the first "unicorpse."

So there you have it. The 10 new words you need to know in order to understand Silicon Valley today, and the culture it has wrought. Duang!

How to successfully leverage working from home post coronavirus 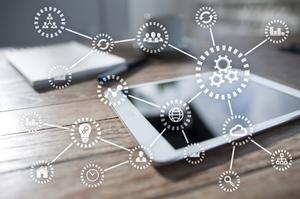 Automated AST is the Key to DevSecOps Maturity