In late June, Microsoft announced the upcoming release of Windows 11 and is now releasing early preview builds to Windows Insiders in the Dev Channel.

Not everyone, though, will be able to participate in the Windows 11 Insider program, because the new operating system has more stringent system requirements than Windows 10.

As outlined in this Microsoft blog post, if your PC fails to meet the minimum hardware requirements for Windows 11, you will not be able to join the Insider Dev or Beta Channels. You may instead join the Release Preview Channel for testing Windows 10 preview updates. See our guide to Windows 10 Insider Preview builds for details about what each Insider channel means.

And if something goes wrong that requires you to revert to Windows 10, you won’t be able to receive further Windows 11 builds.

The earliest Windows 11 builds will be released to the Dev Channel only, but Microsoft says they will make their way to the Beta Channel later this summer, at which point any PCs that don’t meet the minimum hardware requirements will be moved to the Release Preview Channel.

After Windows 11 is generally available, any PC that doesn’t meet the minimum requirements will not receive Windows 11 Insider Preview builds.

Below, we’ll provide summaries of what’s in each Windows 11 preview build, starting with the most recent. For each build, we've included the date of its release, which Insider channel it was released to, a summary of what’s in the build, and a link to Microsoft's announcement about it.

This first Insider Preview for Windows 11 is a big one and offers many of the new features expected to be part of the shipping version of the new operating system.

General interface changes: The Start menu is now centred, rather than pinned to the left of the screen. It includes a set of pinned apps as well as recently opened files in OneDrive on all your cloud-connected devices, including PCs and smartphones. The taskbar is centred as well and offers new animations. It includes a button on the lower-right corner for notifications and for making quick changes to your settings.

File Explorer has a new command bar and new overall look, including new context menus. New themes have been added to the overall interface, and Windows sounds have been redesigned.

Widgets: Windows 11 comes with a set of resizable informational widgets for things such as news, the weather, your calendar, local traffic, a to-do list, photos from OneDrive, news, sports, and more.

Multi-tasking: Windows 10’s “Snap” feature that gives you control over how you can arrange your open windows gets a makeover. You can choose from pre-built Snap layouts and arrange them into predesigned Snap groups. Desktops available via Task View can now be reordered and have custom backgrounds.

Touch, inking, and voice input: The touch keyboard gets 13 new themes and can be resized. There’s also a voice typing launcher, and several new touch gestures. The build lets you quickly switch between additional languages and keyboards via a switcher that appears at the lower right on the taskbar next to Quick Settings. There’s also now a menu for customising digital pens.

Known issues: There are more than two dozen known issues in this build across a wide variety of features, including the taskbar, Settings, Start, Search, Widgets and the Store. 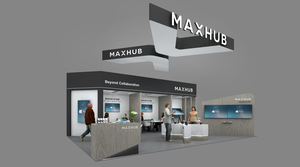