“The enterprise storage market closed out 2015 on a slight downturn, as spending on traditional external arrays continues to decline." 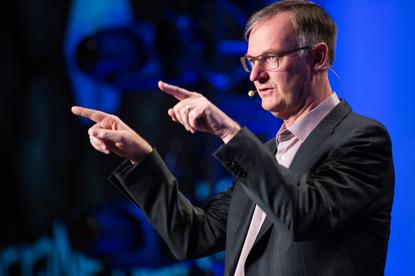 According to IDC findings, total capacity shipments were up 10.7 percent (year over year) to 35.5 exabytes during the quarter.

In addition, revenue growth declined within the group of original design manufacturers (ODMs) that sell directly to hyper-scale data centres - this portion of the market was down 14.4 percent year over year to $1.2 billion.

Meanwhile, sales of server-based storage were up 6.1 percent during the quarter and accounted for $2.2 billion in revenue.

At present, external storage systems remained the largest market segment, but the $7.0 billion in sales represented a 2.3 percent year-over-year decline.

“As a result, traditional enterprise storage vendors are forced to revamp and update their product portfolios to meet these shifting demands.”

EMC finished in the top position within the total worldwide enterprise storage systems market, capturing 21.5 percent of all revenue.

Hewlett Packard Enterprise was the number two vendor with 15.1 percent share of revenue during the quarter while Dell and IBM finished tied for the number three position with worldwide shares of 8.9 percent and 8.6 percent respectively.

As a group, storage systems sales by ODMs selling directly to hyper-scale datacenter customers accounted for 11.2 percent of global spending during the quarter.