Australia public cloud services spending to hit $10B by 2022 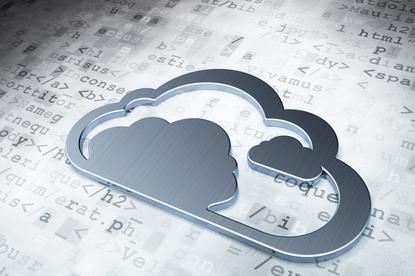 Public cloud services market in Australia is poised to grow 87 per cent over the next three years reaching $10.3 billion by 2022.

According to Gartner's latest forecast, demand for cloud infrastructure-as-a-service (IaaS) will present the fastest-growing market, almost doubling from $652 million in 2019 to $1.2 billion in 2022.

The bulk of expenditure will be handed to cloud software-as-a-service, with Gartner citing investment of $4 billion this year, rising to $6.7 billion in 2022.

Demand also remains high for cloud business process services (BPaaS), with spending standing at $1 billion this year. However, growth in this area will flat-line to just $1.2 billion over the three-year period.

Due to the rise in IaaS, more businesses are deploying applications off premise, stated Telsyte who is an independent business unit of DXC Technology. More than 80 per cent of large enterprises are using some form of cloud storage or compute for their main big data analytics program, while two-thirds have have ERP systems that are fully or partially cloud-based.

"Going through partners, you can get preferential buying positions and bring in skills," he added.

Gartner also forecast worldwide public cloud services revenue to reach US$331.2 billion by 2022 with the market revenue for this year of US$214.3 billion.

“Cloud services are definitely shaking up the industry,” Gartner research vice president Sid Nag said. “What we see now is only the beginning, though. “Through 2022, Gartner projects the market size and growth of the cloud services industry at nearly three time the growth of overall IT services.”