Apple gives in on right-to-repair

In a first, technology giant will open up an online site next year where Apple hardware owners can order genuine Apple parts to repair iPhones and other devices. 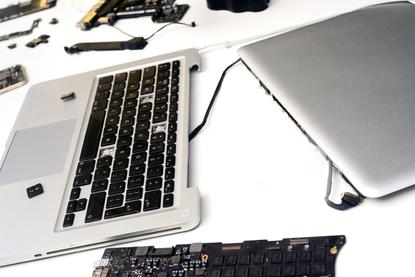 Apple has unveiled a Self Service Repair program that will enable customers to perform their own repairs using genuine Apple parts and tools. The program will be available early next year in the US and expand to additional countries throughout 2022.

Apple will begin by offering parts, tools, and manuals to individual owners of the iPhone 12 and iPhone 13 beginning next year. Customers will be able to use parts to fix the mobile-phone display, battery, and camera to begin with. The ability to perform repairs on additional iPhone features will be available later in the year.

The iPhone program will quickly be followed by a similar one for Mac computers featuring M1 chips, according to Apple.

“Creating greater access to Apple genuine parts gives our customers even more choice if a repair is needed,” Apple COO Jeff Williams said in a blog post. “In the past three years, Apple has nearly doubled the number of service locations with access to Apple genuine parts, tools, and training, and now we’re providing an option for those who wish to complete their own repairs.”

Until now, access to genuine Apple parts, tools and manuals had been reserved for some 5,000 Apple Authorised Service Providers (AASPs) and 2,800 Independent Repair Providers.

“This is a VERY BIG DEAL, as Apple has been adamant over the years that only they (or select authorised companies) were good enough to repair apple products,” Jack Gold, president and principal analyst at J. Gold Associates, said via email in response to questions from Computerworld.

“That was always nonsense, or course, as there are many great independent repair techs,” Gold wrote. “But it did make it difficult for the independents, as genuine Apple repair parts were not available to those independents and they mostly used third-party parts.”

“But, times have changed, and there is a major push by consumers and governments on right of repair – not just for smartphones, but all kinds of tech and cars, etc.,” Gold wrote. “So, I think Apple is seeing the handwriting on the wall and trying to get ahead of likely legislation coming in many states, and some countries, that would mandate it. It’s a way for them to say, 'See, we’re on the consumer’s side.'”

It remains unclear whether Apple will sell their repair tools and genuine Apple parts at “market competitive” rates or at some Apple marked up rates, Gold said.

“It’s also not clear that they will price the parts at a fair level when selling direct to the consumer, and not charge lower overall rates at their own facilities to push most repairs their way anyway. All of this remains to be seen,” Gold added.

“We started in 2003, when co-founder Kyle Wiens tried to fix his iBook but was blocked from a service manual for it. If Apple follows through next year, it will be the first time the company has published iPhone repair manuals,” the company wrote on its website.

On his Twitter page, Wiens wrote that Apple would like people to believe it made its decision to allow repairs on their own, but it came only after regulatory involvement in three continents, dozens of proposed bills, and investor proposals.

Apple’s new online parts store will offer more than 200 individual parts and tools, enabling customers to complete the most common repairs on iPhone 12 and iPhone 13. Consumers will be able to use an online manual to determine the part or parts they need.

“Bottom line: while this is a potential major win for consumers and independent businesses, it’s too soon to say for certain that Apple policies and prices will be attractive and not make this a ‘consumer advantage in name only’ program,” Gold said. “More details are needed from Apple on this.”