So what needs to happen before virtual desktops become a mainstream technology? Citrix’s Rob Willis argued it was simply a matter of time.

“All the drivers are there, and the underlying technology is there, but you don’t go mainstream overnight – especially with desktops because there are so many moving parts,” he said. “Server virtualisation went more quickly from something that was interesting to mainstream adoption but there aren’t so many moving parts. In the desktop there are lots of things you have to put together, and user experience will play a large role in speed of adoption, but it will happen because there are too many drivers.”

So where is it happening? Willis said the US, Europe, Australia and Japan were the key geographies so far. While US banks might be expected to take a lead, he said that hadn’t been the case so far because the credit crunch had negatively impacted deployments.

“These are complicated issues that touch guys in lots of different parts of the business so it takes time,” he said.

Datacom’s Mark Mackaway pointed out that he had been virtualising desktops for customers since 2002-03, though admittedly in small projects, so the technology was not new. The difference now, he claimed, was that we are starting to get the technology to meet client expectations. While there was a common perception that server virtualisation had caught fire very quickly, IBRS analyst Kevin McIsaac said it had taken longer than people think because the products were ready to go in 2002.

“It wasn’t really until late 2006, early 2007 that is started to take off and even now only 30 per cent of servers that are shipped are virtualised,” he said. “That was a 5-6 year period and if this [desktop virtualisation] is going to take even longer, we could be looking at 10-12 years. “I’m not saying virtual desktops don’t have a place but they’ve been massively overhyped in the past 18 months and it will be very, very slow.”

Regal IT’s Mark Gluckman said some smaller virtual desktop environments would grow organically but that the market desperately needed a major organisation to take the leap and make a large, upfront capital investment. As yet, he was still to see one.

Sonnet’s Frank Mulcahy said there was always a cost discussion with senior business managers but that it was generally preceded by a risk discussion.

“They’ll say ‘everything is working, it’s not great but it is working. Now you’re asking me to take a punt on something’. VMware was banished to test and development for 10 years then all of a sudden it gained mainstream support and away it went,” he said. “With desktop you’re not putting all your eggs in one basket but if you take a hit you’re down 20-30 seats in the dark and might as well have put adequate failover in place. It’s a risk and at the moment and users don’t have that risk. They want to hear a very compelling financial story and there generally isn’t one. “We’ve all been in the industry for a long time and had these discussions when thin clients first came out but we had wins then because we found clients that didn’t perceive it as a huge risk, were very compelled by the financial story and really wanted those technology gains. “That’s where we are today [with desktop virtualisation]. It’s not mainstream and there’s an element of risk, but give it some time and people will accept it.” 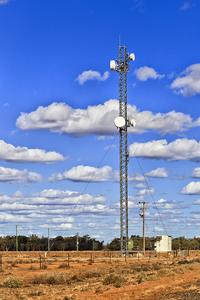